Christopher Smith Jr., better known by his stage name Smino, is an American rapper and singer from St. Louis, Missouri. Smino is the founder of the musical collective Zero Fatigue with Bari, Monte Booker, Jay2, and Ravyn Lenae.

Music runs through his veins; it’s genetically embedded. Smino’s grandfather, father, and mother were musicians, and the rapper and singer began playing drums in his native St. Louis at an early age. After a brief stint at Columbia College and a move back to his hometown, he returned to Chicago where he connected with Classick Studios and released his first two EPs, S!ck S!ck S!ck and blkjptr.

In 2017, he dropped blkswn, which Rolling Stone hailed as one of the 40 best rap albums of the year. 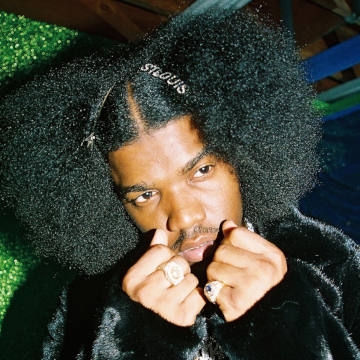