The Jam - were an English mod revival/punk rock band during the 1970s and early 1980s, which formed in 1972 at Sheerwater Secondary School in Woking, in the county of Surrey.

From the Jam - As a part of The Jam, Bruce Foxton’s thumping bass lines exploded onto London's live music scene. Bruce Foxton was recently voted by readers of NME as the 7th Most Influential Bass Player, which shows the high regard he is held in by fans, musicians and the music press alike. In The Jam, Bruce and drummer Rick Buckler were the driving force, power and rhythm section behind singer, guitarist, and songwriter Paul Weller.

After The Jam split in 1982, Bruce Foxton pursued a solo career. He had a hit with the single "Freak" and collaborated with other musicians, until he got the call from Stiff Little Fingers' Jake Burns, staying with SLF for fifteen years, recording four albums, namely, Flags and Emblems, Get a Life, Tinderbox, and Guitar and Drum. 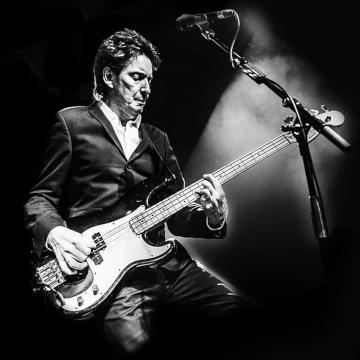