Considered one of the most influential British comedians since Charlie Chaplin, (he received the Charlie Chaplin Britannia Award for Excellence in Comedy 2016 BAFTA/LA) Ricky Gervais is returning to stage with ‘SuperNature’ in 2020, following the global success of his recent Netflix stand-up special ‘Humanity’. 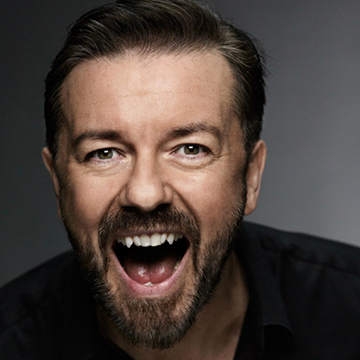