After breaks on platforms such as Mahogany sessions as an acoustic indie-folk act, they quickly moved back to London with aim of expanding their sound. Now signed to Mahogany Records and backed by a full band of Ben (drums), Reeve (bass) and Dan Lee (electric guitar).
The sound has developed through the use of afrobeat-esque drums, atmospheric electric hooks and strong rhythmic bass, yet still maintaining the focus on the core indie-folk two part vocal and acoustic.

2018 was quite the year for Kawala. They released their compelling debut ‘D.I.L.Y.D’ EP, which featured singles ‘Small Death’, ‘Do It Like You Do’ and 'Funky'. Amassed over 9 million streams. Played their third sold out London headline show, as well as appearances at Liverpool Sound City, Dot To Dot Festival and Neighbourhood Festival. 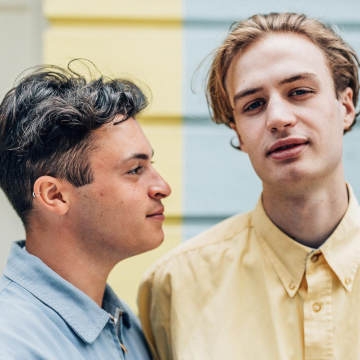