Nathan Carter is an Irish country singer signed to Decca Records since 2014. Prior to signing with Decca, Nathan was regarded as an independent artist with his music distributed by Sharpe Music.

It’s been a whirlwind few years for Nathan who has brought a whole new generation of fans of all ages to country music in Ireland. Last year saw the release of Nathan’s latest album ‘Stayin’ Up All Night’ which triumphed in the Irish charts featuring singles ‘Wontcha Come Down’, ‘Wanna Dance’ and ‘Temple Bar’.

Nathan has recently released his autobiography ‘Born For the Road’ and his new album of the same name which will feature 16 new recordings including the hit singles including `There You Are` ‘Give It To Me’ and ‘Winnie O’Neill’, 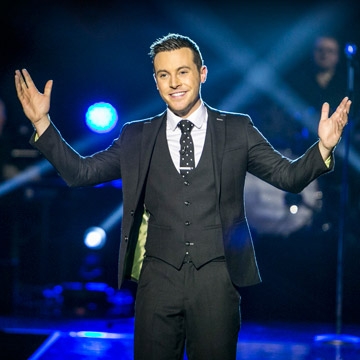