Rescheduled, All original tickets are valid for the new date.

American pop rock band Haim are from Los Angeles. The band consists of three sisters: Este Haim, Danielle Haim and Alana Haim. In addition to their primary instruments, each member is also proficient in several others.

Since making their debut with 2013’s widely praised Days Are Gone, HAIM have embodied a defiant abandon when it comes to their music. On the strength of their sophisticated musicality and kaleidoscopic sensibilities.

The Southern California-bred sister trio Haim have collaborated with artists as eclectic as Stevie Nicks and Calvin Harris and Dirty Projectors, toured with Taylor Swift and Rihanna, and artfully embedded their songs with elements of everything from folk to hip-hop to power-pop.

“Haim remain slaves to the rhythm, but this time they’re leading the way” - NME 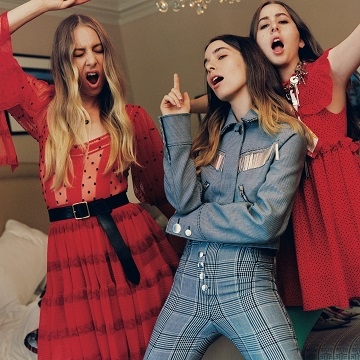