Created by fans for fans, CC. Houlihan’s tribute is an accurate representation of the King’s greatest hits, filled with all the electric energy, emotion and showmanship that symbolise the greatest rock-and-roll artist of all time.

Winner of a slew of Elvis impersonator awards, including Best Gospel Elvis and the Elvis 4 Nations competition, and the European Elvis Championships, CC’s costumes are designed by the legend’s own designers, just one example of the lengths to which he’ll go to recreate and entertain. 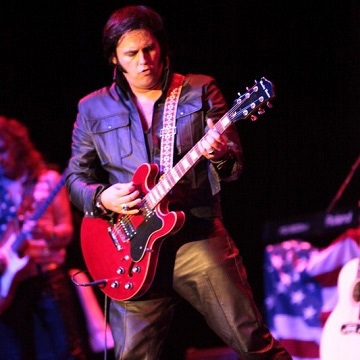