Tribute band - Fronted by former Eurovision winner (and now Irish Celebrity Masterchef champion!) Niamh Kavanagh, The Illegals are an ensemble of experienced musicians performing mostly in theatres and rock venues throughout the country, putting on a formidable show and giving thousands of fans an experience they won’t forget.

Now in their 20th year, the Illegals have been thrilling audiences all over Ireland with their brilliant vocal harmonies and stunning note-for-note emulation of two of the world’s greatest rock bands. 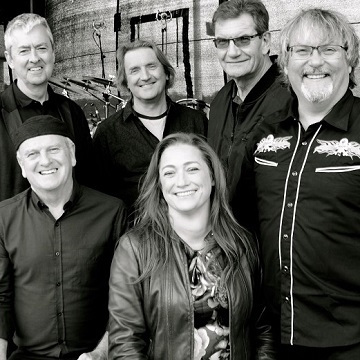