Patrick Feeney was born to sing and from the age of four he wanted to be on stage with his father who played in a local band.

His phenomenal success, especially over the past few years, is summed up in three words from the title of Patrick’s first album, back in 2003 – that title says it’s all… Thanks to You.

Its 15 years since the then teenager released that debut album, and while he has recorded countless songs since, he still lives by the motto that it’s thanks to you, the fans, that he is such a success today.

It was the man that later launched another young singer, Nathan Carter, songwriter John Farry, who also launched Patrick when he wrote the title song for his first album. Since then both Patrick and Nathan have diversified into many musical genres while at all times their separate careers have enjoyed continuous upward curves.

Patrick’s work with his dance band, plus his concert career as one third of the sensationally successful Three Amigos, the others being Jimmy Buckley and Robert Mizzell, has resulted in sold-out shows and many national and international TV appearances.

At 19 he started out on a Country music career in 2002 but while Patrick can, and does, sing anything from hits by his idols such as Bruce Springsteen or Ed Sheerin to Glen Campbell or Marty Robbins his interest in Irish music may have been the catalyst for him modernising Folk songs from the past. 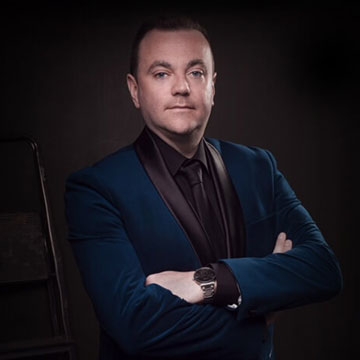 The Kings and Queens of Country Show

Theatre at the Mill - Co Antrim