For accomplished South African songstress Belinda Davids, starring in The The Greatest Love of All: A Heartfelt Tribute To Whitney is the culmination of a life-long connection with the superstar to whom she pays homage.

Davids beat almost 15,000 other hopefuls to take on the role and it was her own eternal love of Whitney that prepared her for the show. Exposed mainly to R&B and gospel as a child, Davids was innately drawn to Houston’s musical style.

Though she eventually carved out a successful career as a chart-topping solo artist and a session vocalist for such artists as The Temptations, Keri Hilson, Keyshia Cole, Monica and Johnny Gill, in her earlier days Davids encountered resistance from many industry professionals who were unsure how to work with her because she looked and sounded so exactly alike Houston.

“The soul of Whitney Houston is not only alive on the Mandela Stage but its effortless, mesmerizing and in full voice. Don’t believe me? You will.”- Rave Review 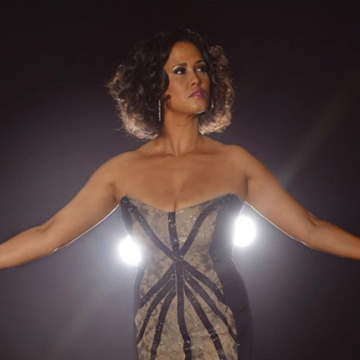 Whitney Houston - The Greatest Love of All