A sleeping giant of the electronic music world, Douglas Appling - more commonly known as Emancipator - has quietly established himself as a mainstay in the electronic music scene since the release of his debut album, Soon It Will Be Cold Enough in 2006. Classically-trained as a violinist from an early age, Appling's organic approach to electronic music production draws inspiration from a wide range of international cultures and musical genres, culminating in a refreshingly authentic brand of electronic music that has infiltrated global consciousness.

November 2017 marked the release of his album, Baralku, via his own label, Loci Records. Inspired by the astral “island” some aboriginal societies believe to be our spiritual home after death, Baralku synthesizes downtempo hip-hop beats, world music elements, and field recordings, as well as jazz, folk, and classical influences into a transcendent hybrid of lush, nuanced, and ethereal compositions. 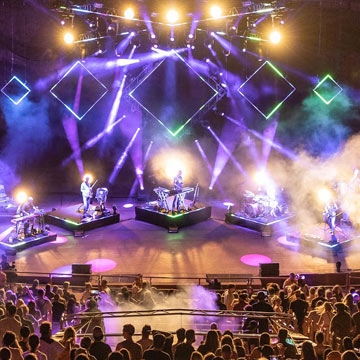