Johnny Cash Tribute Show - The Cash Returns - has been hailed the greatest and most exciting Johnny Cash Tribute in the UK and Ireland by fans and club owners alike. The show has picked up 'Best Tribute Band' at 2016's 'Hot Country TV Awards".
​
Now with a fantastic live and energetic six piece band, including the award winning JP Mac as Johnny Cash, whose baritone voice and tone is scarily uncanny to the Man in Black's himself.

JP is joined by Kim Crumley as June Carter. Kim brings all the vibrancy and onstage sassiness of June Carter complete with fantastic vocals. 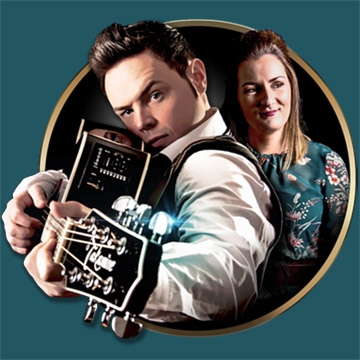