He won the Channel 4 So You Think You're Funny? new act competition and with it a huge cardboard cheque with £1500 written on it. Somebody told him it was legal tender, so he took it into a bank which made the cashier almost weep with laughter. Seriously, she got the other people from round the back to come out and laugh at me. 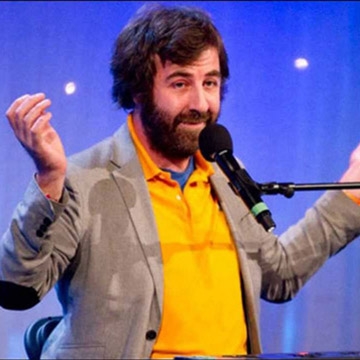 We are all in the gutter, But some of us are looking at David O'Doherty