British rock band Squeeze came to prominence in the United Kingdom during the new wave period of the late 1970s, and continued recording successfully in the 1980s and 1990s

It’s 1973 in South London. Teenage friends Chris Difford and Glenn Tilbrook form the band that will see them dubbed ‘The New Lennon and McCartney’. Over 35 years later, with their legacy intact and as vital as it has ever been, Squeeze are still touring and reminding fans worldwide just why they have left such an indelible impression on the UK’s music scene.

“Anyone who experiences them will know this band remains essential for all the same reasons they always were.” **** - The Scotsman 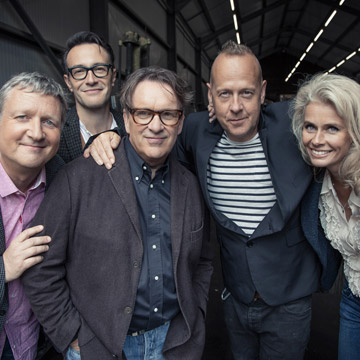