English rock band Smokie are from Bradford, Yorkshire. The band found success at home and abroad after teaming up with Mike Chapman and Nicky Chinn. They have had a number of line-up changes and were still actively touring in 2016.

Look at the Guinness Book Of Hit Singles and you could be forgiven for thinking Smokie’s success story was a 1970s phenomenon. After all, 11 of their 14 British hits came in that eventful musical decade.  However, their massive success story has continued to flourish around the globe including Scandinavia, South Africa, Germany and even China. 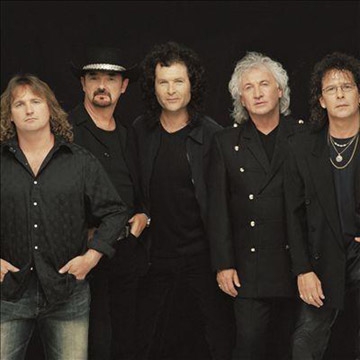