Irish singer Tommy Fleming rose to fame in the early 1990s and with over 3 million album sales worldwide, Tommy Fleming is regarded as one of the finest singers worldwide and is currently enjoying a hugely successful career. After 25 years honing his craft, Tommy is now taking his place at the forefront of popular music across the globe.

A chance encounter with renowned producer and composer Phil Coulter changed Tommy Fleming's career. In July 1993, Phil overheard Tommy performing at a charity event in Westport, County Mayo and within days he was guesting with Phil and his Orchestra at the Opera House (Cork), the National Concert Hall (Dublin) and The University Concert Hall (Limerick).  Four months later he was touring North America, playing to huge audiences all across the USA and Canada. 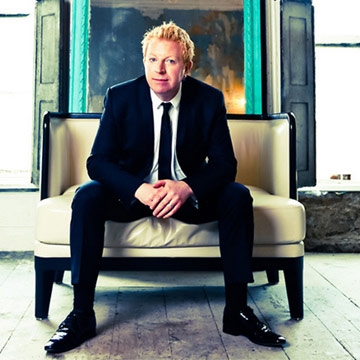