Billy Ocean is the biggest black recording star Britain has ever produced, one who has sold over 30 million records in his lifetime to date. He has collected a pile of Gold and Platinum records across the world and hit the number one spot worldwide in the pop charts including the USA, Australia, Germany, Holland, and the UK.

Billy has achieved extraordinary success as both an artist and a songwriter. Born in Trinidad, Billy settled in London's East End when just seven years old. The calypso crazy kid soon got turned on to soul singers like Otis Redding and Sam Cooke, as well as pop groups like The Beatles and The Rolling Stones, leading him to spend much of his study time in the music room. Billy got his first break when he signed to GTO records, for whom his second single was the Motown-ish Love Really Hurts Without You, which reached No. 2 in the UK charts and No. 12 in the US. Two top twenty singles followed; Love on Delivery and Stop Me, then Red Light Spells Danger became a smash in both the UK and the US.

Billy has also started work on his next album to be released in 2018! 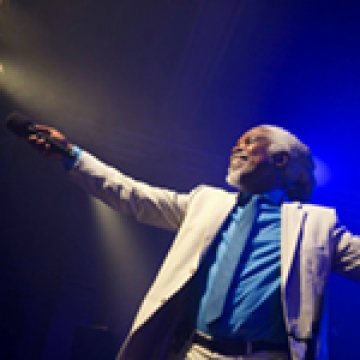