Together Andy Irvine and Paul Brady made an eponymously-titled album, released in 1977 on the thriving Mulligan Records label. Today, nearly 40 years later, it stands as one of the most vital documents, not just of Irish music, but international folk music of any era. It is as close as perfection gets, a moment in time, beautifully captured, framed with a timelessness that still bewitches new listeners today. It is basically two of the greatest interpreters of the Irish folk song, side by side, relishing in this magical musical chemistry. They were accompanied by the great fiddler Kevin Burke and Dónal Lunny of Planxty and The Bothy Band, who also produced the album recorded in Wales.

The duo, accompanied by the musicians who helped them make the record back in 1976, will unite once again to bring this timeless magic to the folk connoisseurs of Ireland, young and old. 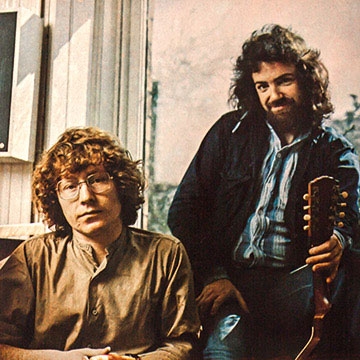