Sophie Ellis-Bexter - The Song Diaries Tour
With Orchestra and band

As one of British music’s most recognised and distinctive vocalists, the only question must be why the mix of Sophie Ellis-Bextor alongside a sumptuous live orchestra hadn’t happened sooner. The renowned singer will perform orchestral versions of her hits as well as songs from the great cannon of disco songs on the tour.

Since the release of her debut album ‘Read My Lips’ in 2001, which sold over 2 million copies worldwide, Ellis-Bextor has had six Top 10 singles, including ‘Take Me Home’, ‘Get Over You’, and of course ‘Murder on the Dancefloor’.

For millions though, their first introduction to Sophie was with her collaboration with Spiller creating the No.1 Hit - “Groovejet (If This Ain’t Love). The song catapulted her into the music scene and was the most played record on UK radio between 2000 and 2010.

The basis for the shows will be arrangements stemming from her forthcoming Orchestral Greatest Hits album due in 2019, on which she worked with long term collaborator and album producer Ed Harcourt with orchestral arrangements by Amy Langley (Dirty Pretty Strings), and additional production from David Arnold. 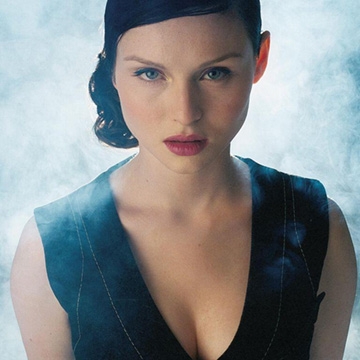