Post Malone - continuing his global domination, history-making multiplatinum Dallas, TX artist Post Malone touches down in Europe next year for a full-scale headline tour. The superstar will take over arenas throughout the continent as he brings his chart-crushing second full-length beerbongs & bentleys [Republic Records] across the pond.

Post Malone stirs a mix of genres into his own sonic sound that’s both intoxicating and invigorating. His RIAA Platinum certified debut album, Stoney, led the genre-bending Dallas, TX artist to his first Top 10 Billboard 200 and first #1 R&B/Hip-Hop Album while being the “#1 Debut Hip-Hop Artist of 2016”. In 2018, his sophomore album, beerbongs & bentleys, debuted on the Billboard Top 200 at #1 and achieved one the year’s “biggest streaming weeks ever”. 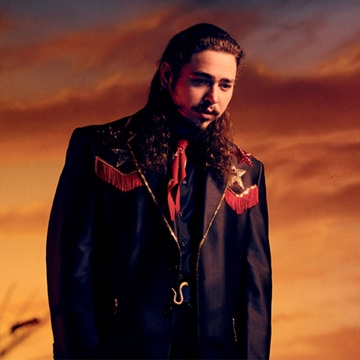