Tash Sultana will perform in Ireland this Summer, following her sold out show in Dublin’s Vicar Street in 2017.

Tash Sultana is a dynamic young artist who has commanded world attention since homemade videos of Tash went viral. A true virtuoso, Tash was soon selling out massive theatres globally and playing at the world’s biggest festivals - no mean feat for an artist who just a year before was recording songs on a go pro in a bedroom.

Since Tash’s grandfather gifted a guitar at the age of three, the self-taught artist quickly developed a unique style that has people lining up to see around the globe. Tash has mastered over 15 instruments, vocals that shine with a magical quality and a live show that needs to be seen to be believed.

The one-person powerhouse started out playing open mic nights on a fake id and busking on the streets of Melbourne. Now Tash is selling out every headline show, from theatres to arenas across multiple countries and playing dozens of high-profile festivals around the globe.

Recent accolades include over 200M streams of the Notion EP, topping the iTunes chart in multiple countries, ‘Jungle’ coming in at #3 in triple j’s Hottest 100, achieving gold sales for the Notion EP and platinum sales for single ‘Jungle’ which also featured in FIFA 18, winning the prestigious unearthed j award, 4x Aria award nominations, multiple APRA nominations and most recently playing stand out sets at Coachella & Lollapalooza 2018. 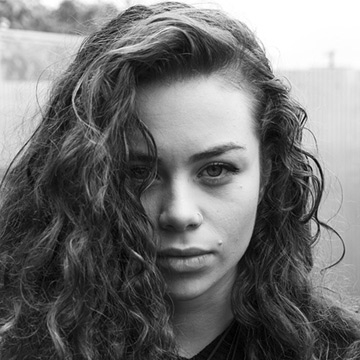