Viagra Boys is a Swedish punk band from Stockholm. Formed in 2015, the six-man band started exploring their very own sound known now as ugly gonzo post punk. With a wide range of influences such as Screaming Jay Hawkins, Butthole Surfers, Suicide, Dead Kennedys they’ve created a melting pot of sounds, which is completely their own.

Made up of Benke, Sebbe, Tor, Benis, Konie and Oskar the Swedish six-piece released their single ‘Call of the wild” in 2017 and were quickly nominated for a Swedish Grammy.

Later in 2017, the band started working on their first studio album “Street Worms”. Recording at Studio Rymden with Daniel “Fagge” Fagerström and then at Ingrid Studios with Pelle Gunnerfeldt. The record was released in September 2018 on the label YEAR0001 and has gained over 1million streams on Spotify to date.

“Street worms” has put V**gra Boys on the map after critics around the world praised the grand introduction of what they called Sweden’s best kept secret. Pitchfork named the lead single “Sports” the “Best new track”, while Annie Mac played it regularly on her BBC Radio show. 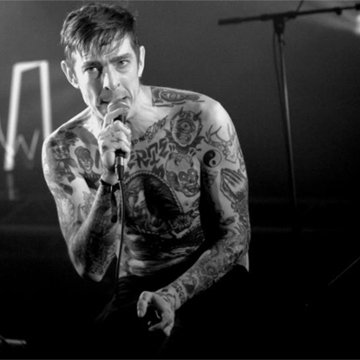