Bob Dylan & Neil Young - In Their Only Appearance in Ireland.

Bob Dylan - American songwriter, singer, painter, and writer Bob Dylan has been influential in popular music and culture for more than five decades. Much of his most celebrated work dates from the 1960s, when his songs chronicled social unrest.

Neil Young - Canadian singer-songwriter and musician Neil Young music career started in the 1960s, he moved to Los Angeles, where he formed Buffalo Springfield with Stephen Stills, Richie Furay and others. 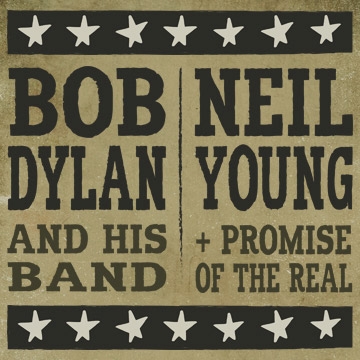