London born multi-instrumentalist James Patrick Gavin creates folk music that dances the line between tradition and irreverence, London and Ireland, groove and grace. Known for previous work with Teyr, The Rad Orchestra and Jez Hellard and The Djukella Orchestra, his debut solo album ‘Chewing The Fat’ was released in February 2018 to wide acclaim.

Described as ‘magnificent’ by Folk Radio UK, the record contains a wealth of new and old material that weaves together three generations of his own Fermanagh family.

The new album ‘Chewing The Fat’ blends folk tunes, songs, spoken word and field recordings in an ode to roots and identity. It’s a unique sonic world that both showcases Gavin’s instrumental skill, compositional prowess and his broad talent for collaboration. The album was launched in London with a sell-out 11-piece show at the Union Chapel.

This unique gathering of some of the UK and Ireland’s finest folk musicians presents a rare joining-of-dots between innumerable bands from previous decades. 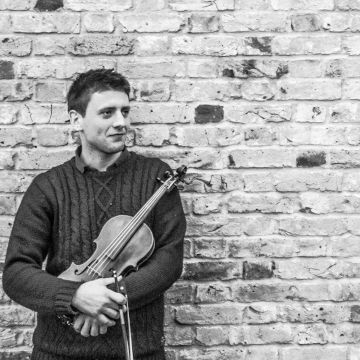