Zaska serves up a feel-good blend of funk, jazz, and R&B known as Future Soul. Alongside contemporaries in the genre, Hiatus Kaiyote, Vulfpeck, and Snarky Puppy, ZASKA is popular with anyone who appreciates solid head-nodding grooves with touches of the unconventional.

Max Zaska is the maestro guitarist-composer leading a supergroup of Ireland’s finest talent, whose revolving roster has included Hozier and members of Wyvern Lingo, Little Green Cars, and BARQ.

Zaska grew up in Co. Wicklow, Ireland and completed a B.A. in Jazz Performance at Newpark Music Centre. Recently named one of Ireland’s best guitarists by GoldenPlec, Max can be heard on The Waterboys 2017 release, “Didn’t We Walk On Water”.

Crowdfunding a staggering €14,000 for the Zaska debut album, more than 20 of the best in the Irish music scene have come together for the record which will be released early in 2019. The future looks funky and full of promise.

“A musically adventurous and highly addictive offering, packed tight with dazzling displays of funk.”- GoldenPlec’s Irish EP of the year

“Zaska is one of the most exciting and fun acts on the scene right now.” - The Thin Air 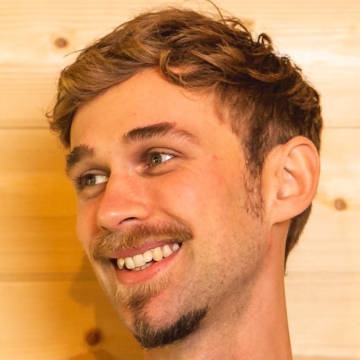