For over twenty years, Marc Maron has been writing and performing raw, honest and thought- provoking comedy for print, stage, radio, online and television. Best known for his hit podcast, WTF with Marc Maron,

Maron currently stars in the hit Netflix original series, Glow, alongside Betty Gilpin, and his critically acclaimed half-hour scripted television series, Maron, aired on IFC in the US and can be found on Netflix to stream. Marc has also performed guest starring roles in the series Girls, Louie, and Joe Swanberg’s Easy, and can be seen in the feature films Get A Job and Mike and Dave Need Wedding Dates.

Maron released his stand-up special, Thinky Pain, on Netflix in 2013 and as an album in 2014. His next special, More Later, premiered on Epix in the US in December 2015 and is also available on wtfpod.com. Maron’s most recent stand-up special, Marc Maron: Too Real, was released in 2017 and is currently streaming on Netflix. 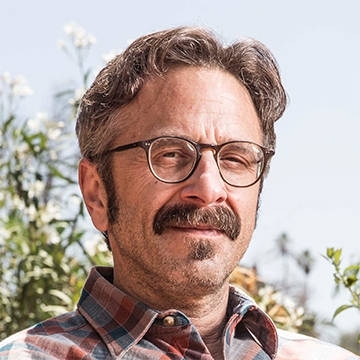