Riverdance is a theatrical show consisting mainly of traditional Irish music and dance. With a score composed by Bill Whelan, it originated as an interval performance act during the 1994 Eurovision Song Contest, featuring Irish dancing champions Jean Butler and Michael Flatley.

For over two decades, nothing has carried the energy, the sensuality and the spectacle of Riverdance, the international Irish Dancing phenomenon. This electrifying and innovative dance piece was developed into a full-length stage show by Producer Moya Doherty, Composer Bill Whelan and Director John McColgan.

With its fusion of Irish and International music and dance, Riverdance broke all box office records during its world premières in Dublin, London and New York and continued to set new records in packed theatres and arenas throughout the world. 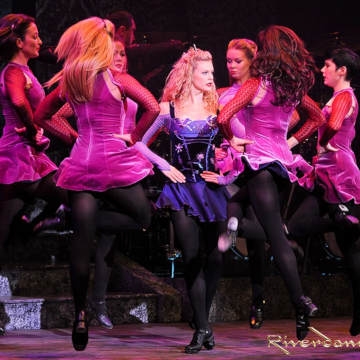