Sean Hegarty is a one-liner comedian from Lurgan, famous for his razor-sharp wit and ridiculously silly jokes. Not only is he NI's answer to Tim Vine & Milton Jones, Sean has recently been seen wowing the judges on Ireland's Got Talent, making it to the live semi-final shows. As well as this, he recently won Ireland's Funniest Joke, finished runner-up in the UK Pun Championships and has written and starred in BBC's Late Licence and Tight Shorts series'.

Sean has racked up over 35 million views online and attracted more than 70,000 fans on Social Media along with sold-out shows around the country. A star in the making.

Expect fast paced puns, rip-roaring gags and absolutely no nudity. Contains swearing and adult humour. Not for the easily offended. 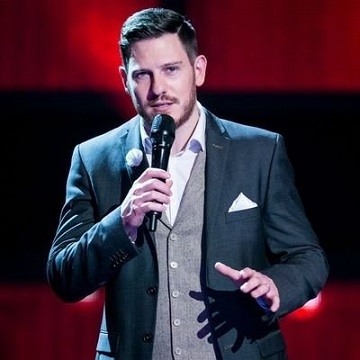