This promises to be very special. Featuring Barry Devlin, Jim Lockhart and Johnny Fean of Horslips who, along with Eamon Carr and Charles O'Connor, explored the frontiers of Celtic music since the 1960s.

In their trilogy of albums, The Book of Invasions, Aliens and The Man Who Built America, the band explored Irish history and the forging of new frontiers in the new world. Horslips paved the way for many Irish artists including U2.

With hits such as Dearg Doom and Trouble with a Capital T, the band became infamous for their blend of Irish trad and rock. Their songs re-tell Irish myths and legends while giving them a unique twist.

Please note neither Eamon Carr or Charles O'Connor will perform at tonight's event.

Support from The ‘Pat McManus Band’ -  a powerful three piece Blues/Rock Trio, headed up by the former Mama’s Boys and Celtus guitarist/violinist virtuoso and true gent Pat McManus (AKA ‘The Professor’) who has a long association with Horslips. 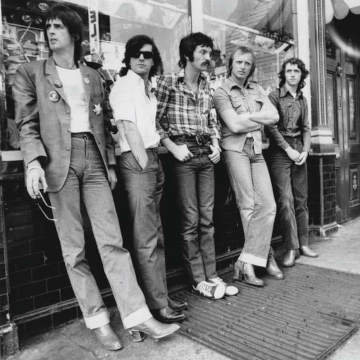