In 1987 Johnny Logan won the contest for the 2nd time with his own composition "Hold Me Now." He went on to win the contest for a 3rd time in 1992 as the composer of "Why Me." No other artist or composer has achieved this success in Eurovision history before or since.

Over the years he has continued to record and tour successfully throughout Europe. Probably one of the most consistent and recognised artists to have come out of the song contest.

He recently had double platinum CDs in Scandinavia as well as successful releases in Germany, Austria & Switzerland. It's taken 30 years since, Hold Me Now“ but this year he finally releases a CD with12 new compositions entitled "It Is What It Is". This CD, he feels is the natural successor to his 1987 winning song.

In Johnny's words,"It took me a year to to write this CD and a year to record it but it's really been a labour of love and I have more pride in this CD than anything else I've worked on in the last 30 years.

It's a CD with everything from Rock and Roll ( House of Lucille ) to the natural follow up to "Hold Me Now" ( Forever and a day).

It's taken 30 years for Johnny Logan to get here but like most good things when you listen to this CD, you will feel it was worth the wait. He's happy with where he is finally and it shows in his music. 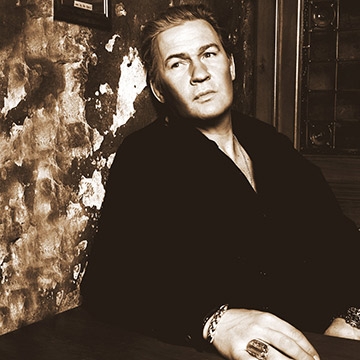