New Album Undress out May 3 on Yep Roc Records

American folk rock/country rock band The Felice Brothers are from New York and was founded in 2006.

Ian and James Felice grew up in the Hudson valley of upstate NY. Self taught musicians, inspired as much by Hart Crane and Whitman as by Guthrie and Chuck Berry, they began in 2006 by playing subway platforms and sidewalks in NYC and have gone on to release nine albums of original songs and to tour extensively throughout the world. 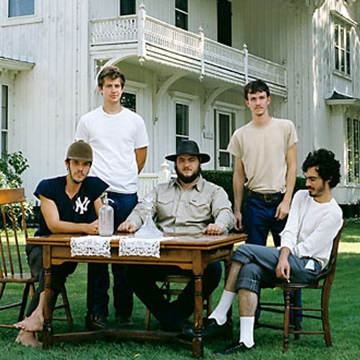