To celebrate this modest achievement, he has announced a majestic interplanetary tour for 2019, taking in the Sun, Mars, Jupiter, Uranus, Venus and Pluto, before returning to his home planet Earth for a series of spectacular live apparitions.

It's almost fifty years since Guru McAleer first coined the word 'mindfulness', and he is still coining it today. He achieved global fame and fortune with the bestselling Be Your Own Brexit, and has appeared dozens of times on Celebrity Zen Master Chef and as an outspoken judge on Tibet's Got Talent.

Kevin McAleer's Advanced Awareness seminars promise total self-discovery on the night, or your money back; participants are gently guided to a state of deep relaxation, emptying the mind of all thought, and replacing it with meaningless laughter. An evening of divine light entertainment not to be missed.

'Immaculate mastery of language' - The Scotsman 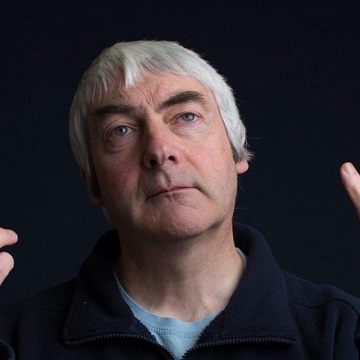