Canadian-born, Australia-based singer-songwriter Garrett Kato showed up in Byron Bay 9 years ago  with nothing but a bag of cloths, and a guiter after quitting his day job on a whim.

After busking on Street corners and performing where ever he could. This hard work has paid off as Garrett Kato is creating a stir in the music industry.

Perth-born folk musician Riley Pearce has an undeniable gift of leaving you respectfully in awe. The alt-folk artist, based in Perth, Australia truly follows an honest brand of song writing. The raw, often haunting, vocals of Pearce embody well-crafted songs that express a journey of self-discovery and heartfelt truth.

The tour comes after Garrett recorded and produced Riley’s new EP late last year. With a shared indie-folk sound and toes already dipped overseas, these shows are set to be a truly intimate affair.

Garrett Kato will be touring off the back of a coveted support slot opening for Damien Rice and his new EP ‘Distant Lands’, out June 14. Meanwhile, Riley Pearce will return to the stage after a massive national headline tour, backed by his latest EP ‘The Landing Songs’, out now. 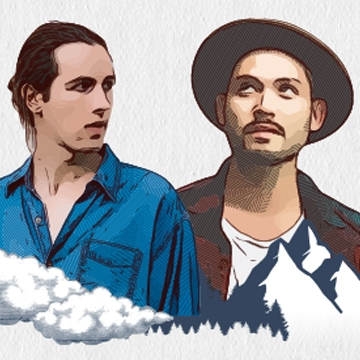