Canadian indie rock at it's best, Broken Social Scene are sometimes considered the overlooked originators of the Canadian Art Rock scene that sparked Arcade Fire. A musical collective including between six and as many as nineteen members.

Formed by Kevin Drew and Brendan Canning who have both had solo albums with the collective members. 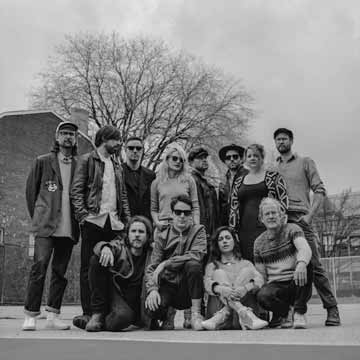