Alternative rock band You Am I are without doubt one of Australia’s all-time essential rock n’ roll bands. More than two decades on from their first album release, You Am I have not only had one of the longest and most successful recording careers in Australia, but are also without doubt one of our most loved live bands.

Featuring guitarist and vocalist Tim Rogers along with band mates Russell Hopkinson on drums, Andy Kent on Bass, and (since 1999) Davey Lane on guitar. You Am I have released Ten studio albums to date.

The band have won a total of Ten ARIA Awards including Album of the year, Best Group, and Best Independent Release. 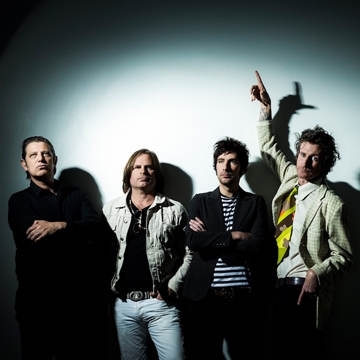