Amistat - Born with the closeness and understanding that only twins could share, Josef and Jan produce a unique synergy through the use of tight knit harmonies, shaped by an honest, storytelling vocal tone. Amistat is able to communicate their inspirations, drawn from a life on the road; infusing their sentiments, hopes and ambitions to develop a unique and honest message to their audiences.

Highlighting their individuality, the brothers bring together their contrasting musical styles and personalities to create a balanced sound, which is soaked in melancholy. The brothers manage to fascinate and entertain anything from an intimate house concert to a rowdy festival crowd.

Since 2012, Amistat have released three EP’s, ‘It’s Not Words’, ‘Somewhere Sometime’, " Nostalgia " and their debut album ‘Parley’ which  saw them embark on a number of Australian and European tours including

Amistat further won the Maton Guitar Emerging Artist of the Year 2018 Award at  the Port Fairy Folk Festival 2018. The twins have just released their latest single " Something Wrong" which will see them embark on their  biggest tour thus far across Europe and the UK with fellow musicians Sons of the East. 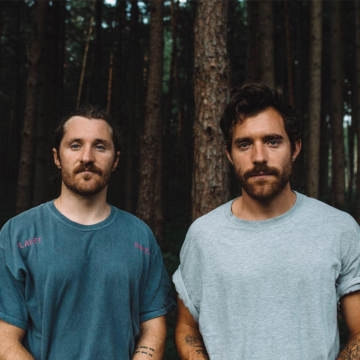