Sons of Burlap - Far back in the memory of old music lies a tradition fast and rhythmical, the sound of soaring and biting flute and fiddle propped up to a backdrop of relentless, driving percussion and bass. Dance-able celebratory and at times mournful and lamenting. Music steeped in the ancient and forgotten folk sounds from hidden corners of Europe and beyond.

Andrew McGibbon is the front man of legends The Bonnevilles however, his new solo project is nothing like The Bonnevilles. One to watch out for in the coming months with a new album being released in 2020.

Anja - As a German living in Belfast, Anja uses her experiences of both worlds and creates a spooky psychedelic folk and jazz infused sound. With a nostalgic romanticism for the past and her eye on the future, Anja’s songs have a paradoxic and unique dystopian-retro feel.
Influenced by 60s psychedelic rock bands like Jefferson Airplane and the great classic female jazz and soul singers like Peggy Lee, Nancy Sinatra and Amy Winehouse, ANJA sings about love, fear, the struggle of self-realisation and the abyss of the human mind.

An Auld Lad - AKA Brian Quinn known for his folk-y and blues-y, weird but interesting playing styles and lyrics to compare. 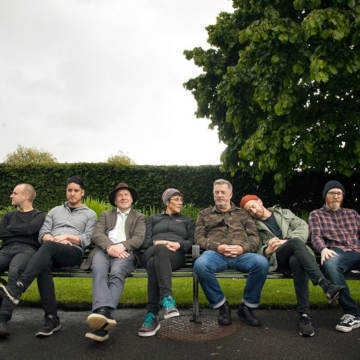