After her performances abroad, Celine Byrne is back home in Ireland and this is a chance to hear Celine sing her favorites from the world of opera, operetta and musicals. Celine will be joined by her ensemble: Dearbhla Brosnan (piano), Lynda O Connor (violin) and Ailbhe McDonagh (cello).

Irish soprano Celine Byrne is a lyric soprano from Kildare, Ireland. She received her Masters in Music from the Royal Irish Academy of Music where she studied with Dr. Veronica Dunne, also receiving the RIAM award for outstanding achievement. In addition she has an honours Music Degree from the Conservatory of Music and Drama, Dublin, where she was awarded the college Gold Medal for excellence.

In 2007 Celine Byrne was awarded the First Prize and Gold Medal at the Maria Callas Grand Prix, Athens. Other awards include the Margaret Burke-Sheridan Gold Medal in 2009, the William Young Prize at the Veronica Dunne International Singing Competition, Dublin 2007 and the ‘Brabants Dagblad Press Prize’ at the IVC International Singing Competition in s’Hertogenbosch, The Netherlands. 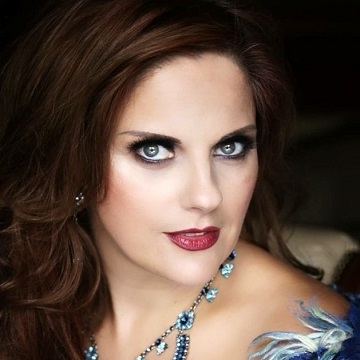