Since her debut, Irish indietronic artist Jackie Beverly has been steadily carving a space for herself in the Irish music scene, gaining herself recognition for her addictive 80's infused pop music and the rightful accolade of one to keep an eye on. Noted as a ‘breath of fresh air to the Irish scene’.

Jackie Beverly is already known for memorable performances opening for Kelsey Lu to a sold-out Workman’s Club (2019), and for Sorcha Richardson's sold out launch in Whelan’s (2019, as well as appearing on the bill for a sold-out The Last Mixed Tape 5th Birthday party show in The Sound House and a jam packed show at We've Only Just Begun music festival in Dublin

Dublin electro-folk musicain Jackie Beverly's heart stopping vocals, on a bed of indie, pop and electronic influences showcases Beverly’s style as something that is just her own; both unique and captivating - which has been well received both through live performances recorded tracks. 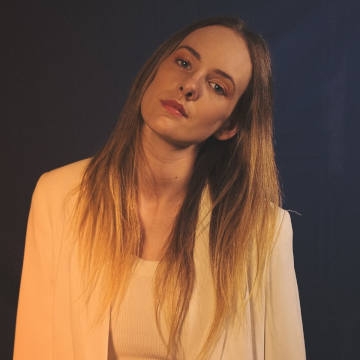