Dionne Warwick's career, which currently celebrates 50 years, has established her as an international music icon and concert act. She has earned more than sixty charted hit songs and sold over 100 million records.

Dionne Warwick received her first Grammy Award in 1968 for her mega-hit, "Do You Know the Way to San Jose?" and a second Grammy in 1970 for the best-selling album, "I'll Never Fall in Love Again."

Dionne Warwick became the first African-American solo female artist of her generation to win the prestigious award for Best Contemporary Female Vocalist Performance. This award was only presented to one other legend, Miss Ella Fitzgerald. 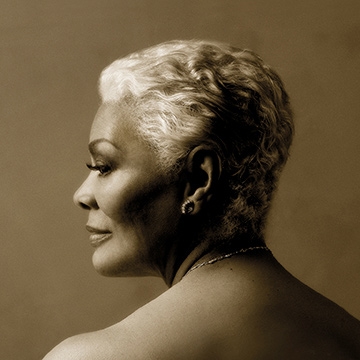