Niall Horan’s new album Heartbreak Weather due for release on March 13th is the follow-up to his 2017 US No. 1 album, Flicker.  It was placed on Rolling Stone’s list of the 70 Most Anticipated Albums of 2020 and features new single “No Judgement” plus “Nice To Meet Ya,” and “Put a Little Love On Me.”

Originally from Mullingar, Ireland, Niall has sold over 80 million records and toured the globe multiple times as part of the iconic One Direction. With his full-length solo debut Flicker (Capitol Records), he achieved massive global success and widespread critical acclaim.

The album entered the Billboard 200 at No. 1 and No.3 in the UK Official Charts in October 2017, and soon earned Platinum certification or greater in 20 countries, including the US. In addition to surpassing three million in worldwide adjusted album sales and 3.5 billion global streams worldwide, it topped the iTunes Top Albums chart in 61 countries. 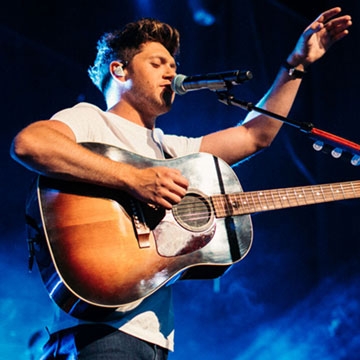