As Long As You Are, Future Islands' sixth album, looks to the past as well as the future, confronting old ghosts and embracing a new hope. It is an album about trust, full of honesty, redemption and “letting go”, allowing old wounds to heal and bringing painful chapters to a close. The album features the singles ‘Born In A War’, ‘Moonlight’, ‘Thrill’ and ‘For Sure’. Signalling a new era for Future Islands, touring drummer Mike Lowry officially joins as a fully-fledged member and songwriter bolstering the founding trio of William Cashion, Samuel T. Herring and Gerrit Welmers. Together, the four-piece took on official production duties for the first time, co-producing As Long As You Are with engineer Steve Wright at his Wrightway Studios in Baltimore. Given time to allow the songs to slowly come to life, these 11 new songs of post wave synth-pop are as euphoric and uninhibitedly joyful as anything the band has done in their 14-year career. As Long As You Are is available digitally, on CD, standard black vinyl, petrol blue vinyl (4AD and indie stores only),fluorescent orange vinyl (band store only) and cassette (4AD Store, band store and US indies only). To order, head to futureislands.ffm.to/aslongasyouare

Watch As Long As You Are Official Videos

‘Born In A War’- https://futureislands.ffm.to/borninawar

Praise For As Long As You Are:

“A marvelously-produced album that jumps out of the speakers, brimming with confidence and dripping with arena-sized existential anthems.”–Loud And Quiet (8/10)

“One of the most anticipated albums of the season.” –Consequence of Sound

“This album feels like the next step in their story, with more deeply felt New Romantic intensity than ever.”–Rolling Stone

Watch ‘For Sure’ On Colbert: https://youtu.be/SEBiTVUop8s 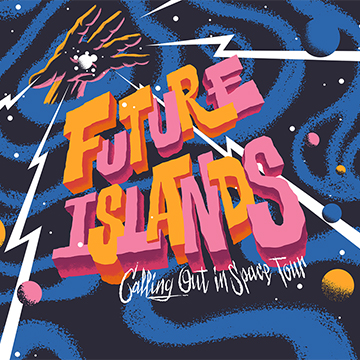