It’s not often that bands last 50 years. It’s even rarer for a band to be in the middle of a several year career high, half a century into said career, but that’s where Sparks find themselves in 2021. With both Hippopotamus (2017) and A Steady Drip, Drip, Drip (2020) – the band’s 24th and 25th albums respectively – landing to critical acclaim and reaching Number 7 in the UK charts, the release of not one but two films in 2021 takes them to uncharted cultural recognition, 47 years after ‘This Town Ain’t Big Enough For The Both Of Us’ reached Number 2 in the UK singles chart.

“Never I have seen a documentary as fun as Wright's "The Sparks Brothers," which is thrilling from beginning to end.” – rogerebert.com ****

“Edgar Wright delivers a fabulous tribute to Sparks, the band that has been the Next Big Thing for 50-odd (very odd) years.” – Variety

“This astoundingly beautiful picture will stand the test of time.” - Vulture

“I don't know what "Annette" is, except that it's "Annette," and that it's unique.” – rogerebert.com

“An anti La La Land with dashes of Pinocchio, Annette is a fitting curtain-raiser to a Cannes like no other.” – The Times ****

“like so many of the best and strangest moments that festivals like this bring, it's nearly impossible to witness it all and not walk away feeling altered (irrationally, emotionally, chemically) in some way.” – Entertainment Weekly, B+

A special edit of the opening song from Annette - "So May We Start" - with a video created by Leos Carax, and featuring clips from the film, has just been released. Watch ↓↓↓ 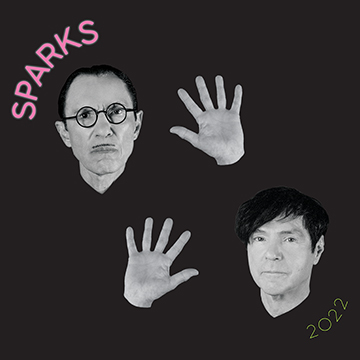