The Foundation Building, which incorporates University Concert Hall, has access facilities for disabled people, measuring up to international standards. UCH has several wheelchair positions in the auditorium. Further details on request.

Interior of the University Concert HallSeating over 1000 people, UCH is suitable for a wide variety of events, hosting concerts of many types including Grand Opera, Dance, Comedy, Drama and Pop/Rock Concerts. Festivals and conferences are also hosted.

UCH has a variable acoustic which can be tailored to suit the need of each performance. Two additional theatres are available which can be interlinked for both sound and vision, and linked with UCH, access points for disabled people are available within the auditorium and special hearing equipment is available on request for patrons with diminished hearing. 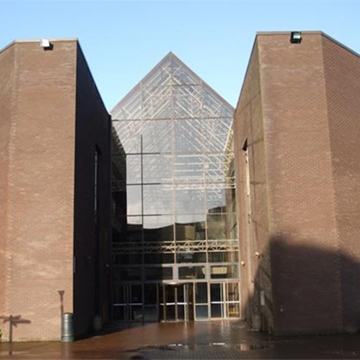 Address:University Concert Hall Ltd Foundation Building Limerick
Featured Venue
To the best of our knowledge, our listings are correct at time of publishing however, we cannot guarantee this and in some cases they may be incomplete or incorrect. If you are ever in doubt you should always contact the venue or promoter directly. If you know of an issue with any listing, please let us know by emailing This email address is being protected from spambots. You need JavaScript enabled to view it. and we will do our best to correct the issue.