In the last 30 year’s DeBarra’s Folk Club in the beautiful sea-side town of Clonakilty has earned a musical reputation that has traveled far beyond the confines of its West Cork location.

In these three decades musicians from all genres & generations have fed into the Folk Club’s magical history, with almost every performance seemingly woven into the brickwork of its worn, familiar walls. This year (2013) DeBarra’s celebrates 30 years of music with some very special shows & events from artists new and established that have become synonymous with the Folk Club over the last 3 decades. 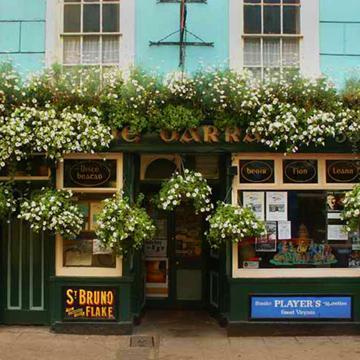 Address:55 Pearse St, Scartagh, Clonakilty, Co. Cork, P85 RH95, Ireland
Featured Venue
To the best of our knowledge, our listings are correct at time of publishing however, we cannot guarantee this and in some cases they may be incomplete or incorrect. If you are ever in doubt you should always contact the venue or promoter directly. If you know of an issue with any listing, please let us know by emailing This email address is being protected from spambots. You need JavaScript enabled to view it. and we will do our best to correct the issue.