The Limelight in Belfast, Northern Ireland is mid-sized live music and night club venue complex, which initially opened in 1984.

Limelight 2
The Limelight 2 first opened in 1984, and has hosted a veritable "who's who" of live acts, including The Strokes, Manic Street Preachers, Joe Strummer, Blur and countless others. The venue regularly hosts live & club events.

Katys Bar
Situated minutes from the hustle and bustle of the city centre, Katy's offers a casual, relaxing atmosphere open 7 nights a week with DJ's most nights until late. One of Belfast's best locals.

The Rock Garden
Our rooftop terrace, The Rock Garden is open everyday until late as part of Katy's Bar and is also open as part our weekly clubnights and live shows. 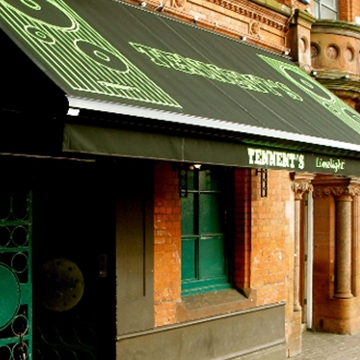 Address:Margarita Plaza, Belfast BT2 8FF, UK
Featured Venue
To the best of our knowledge, our listings are correct at time of publishing however, we cannot guarantee this and in some cases they may be incomplete or incorrect. If you are ever in doubt you should always contact the venue or promoter directly. If you know of an issue with any listing, please let us know by emailing This email address is being protected from spambots. You need JavaScript enabled to view it. and we will do our best to correct the issue.