The Ireland Wolfhounds are the second national rugby union team of Ireland, behind the Ireland national team.

Founded in 1881, Bective Rangers FC is one of the oldest senior rugby clubs in Ireland. The Club’s senior team currently plays in Division 2C of the Ulster Bank League. In addition there are four adult junior teams, two youth teams and a thriving mini’s section from under six right-up to under twelves. 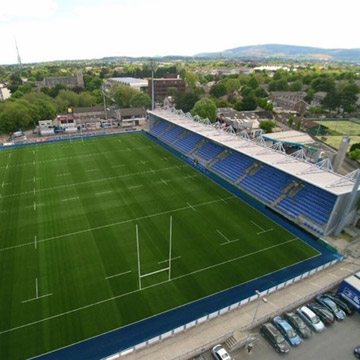 Address:22 Eglinton Terrace, Dublin 4, D04 F2W2, Ireland
To the best of our knowledge, our listings are correct at time of publishing however, we cannot guarantee this and in some cases they may be incomplete or incorrect. If you are ever in doubt you should always contact the venue or promoter directly. If you know of an issue with any listing, please let us know by emailing This email address is being protected from spambots. You need JavaScript enabled to view it. and we will do our best to correct the issue.