The Harbour Bar was established in 1872 and was bought by James O’Toole in 1932. It changed hands 81 years later when the Duggan family bought the famous bar in 2013.The Harbour Bar was once both a bar and undertakers, and rumour has it that it is immortalised somewhere in James Joyce’s Finnegan’s Wake.  Joyce is one of many celebrated people who patronised the bar over its long history. Peter O’Toole,  and other icons that have enjoyed a drink at The Harbour Bar include Laurence Olivier, Katharine Hepburn, Bono, and Brendan Behan.

The Lounge is a comfortable spot in which to enjoy exciting music acts from Wed – Sun (Live Lounge). The stage has been recently renovated and the standard of equipment is top-notch. Music has always been important in The Harbour Bar and it is fast becoming an important venue for new music. 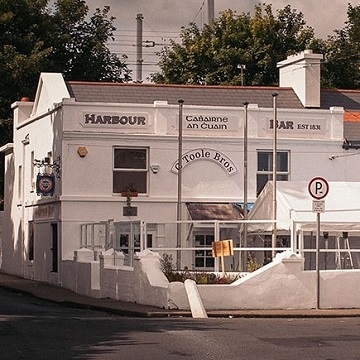 Address:53 R766, Bray, Co. Wicklow, Ireland
To the best of our knowledge, our listings are correct at time of publishing however, we cannot guarantee this and in some cases they may be incomplete or incorrect. If you are ever in doubt you should always contact the venue or promoter directly. If you know of an issue with any listing, please let us know by emailing This email address is being protected from spambots. You need JavaScript enabled to view it. and we will do our best to correct the issue.