Botanic Gardens is a public garden in Belfast, Northern Ireland. Occupying 28 acres of south Belfast, the gardens are popular with office workers, students and tourists. They are located on Stranmillis Road in Queen's Quarter, with Queen's University nearby. The Ulster Museum is located at the main entrance.

The site was eventually sold to the Belfast Corporation (now the Belfast City Council) and it re-opened as a public park, known as Botanic Gardens, in 1895.

Today, the park is popular with residents, students and tourists and is an important venue for concerts, festivals and other events. 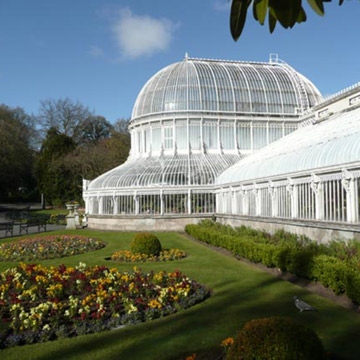 Address:42 Rugby Rd, Belfast BT7 1PS, UK
To the best of our knowledge, our listings are correct at time of publishing however, we cannot guarantee this and in some cases they may be incomplete or incorrect. If you are ever in doubt you should always contact the venue or promoter directly. If you know of an issue with any listing, please let us know by emailing This email address is being protected from spambots. You need JavaScript enabled to view it. and we will do our best to correct the issue.